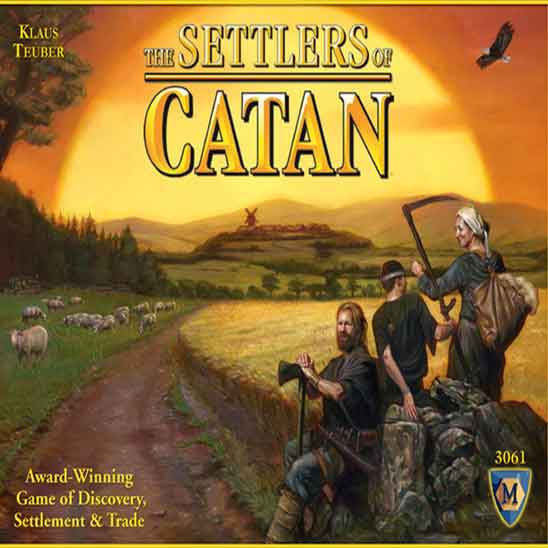 Any fan of games think I must have played at least once a settler, maybe not the best game in the world, but when you start to get him a taste of this world and what most played is at Risk, Monopoly and all those games that can be found in any supermarket, find this little gem in the meantime mud is a joy.
It is based on the construction and trade between game players.

The island of Catan:

Well, that, that is? For the idea of the game is very simple, each player represents a civilization, explorers, adventurers and settlers, as you like to call more arriving to the island of Catan, these settlers, they have to expand to this, the island It has the necessary materials for the construction of roads, villages and cities. The first settler to get expanded more than their opponents will be the winner.

Without going into the explanation of rules for these materials that enable the expansion of our settlers, the island has its own land from which we draw: rocks, wheat, wood, clay and sheep. In order to collect these issues, the game consists of a system which I consider quite original but that also depends performed with dice a little chance.

The land above have a numbered tiles above them, at the beginning of the turn, the player throws the dice, the value obtained by the dice and the towns or cities that are adjacent to a field with the value obtained by the dice is checked produces raw materials. In this way we will accumulate the necessary materials to build our roads, towns and cities take us to victory.

In my opinion, the game components are very care, all of good quality and beautiful.

The board is thick cardboard, the pictures without being too ornate, fulfill their function clearly differentiate the various fields. Roads, towns and cities are hard plastic, are interesting details and are quite care. The letters are small, good quality too. The box comes with a plastic grafts inside to keep everything well organized, so we will not have all the components lying inside the box or taking them to store in zip bags.