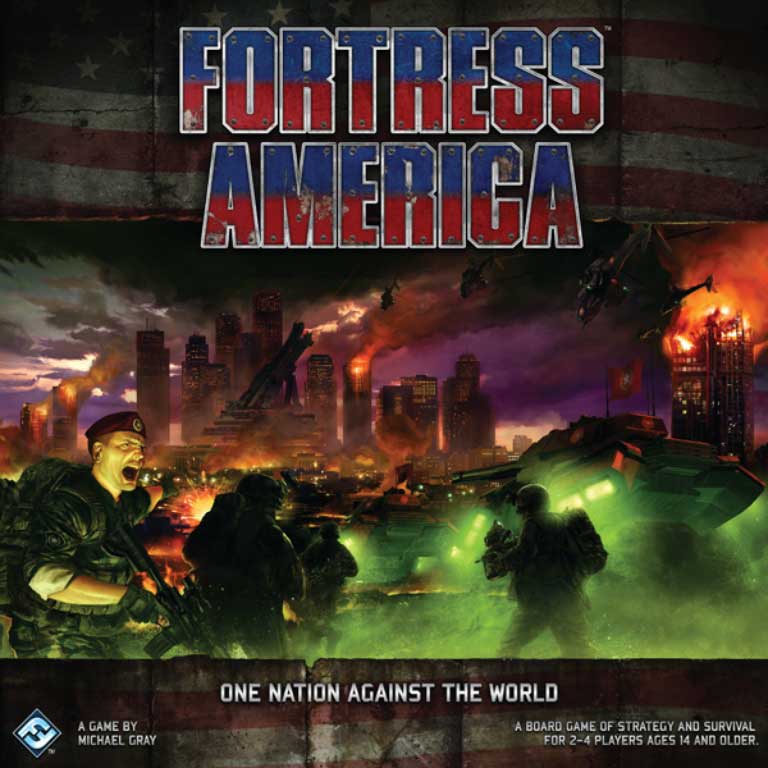 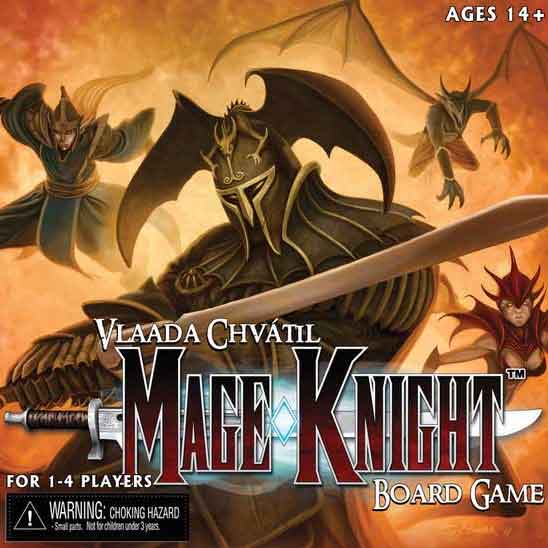 Mage Knight: Board Game is set in the universe created for a fantasy game makes more than a decade by Wizkids publisher. This editorial is particularly famous for its line of HeroClix and original set of figures with rotating pedestals on which game statistics reflect. This time we are not facing a tactical game like games HeroClix miniatures line but with a fairly dense, brainy eurogame, not suitable for newcomers to the world of board games.

In Mage Knight players embody a powerful characters sent to explore and conquer the Atlantean Empire. On your way you will find villages, monasteries, castles, warring orcs, wizards towers, dungeons, and more elements of a medieval fantasy universe. Mixing elements of board games with some touches of role, Mage Knight offers an experience similar to games like Runebound, but in my opinion the game at hand is far superior to the latter.

What comes in the box Mage Knight? Pretty, and all good quality.

The most important mechanics of Mage Knight is the construction of decks. Each hero starts with a deck of 16 cards, of which depends for its actions. During the game you will be adding cards to your deck, whether advanced skills, spells and powerful artifacts. So you can deal with the threats will encounter on your way, or the other players. Each card belongs to one or more types according to their effect: movement, combat, healing, influence or special. The guy who owns the letter will know by the text itself, but also by an icon appears in the upper left corner of all.

The cards also have two possible effects. Which appears in the top half of the text box is the basic purpose of the letter, which will take place if we enhance the letter with manna from the color shown in the center of the frame, separating the two halves. If you use a mana point the effect to take place is the lower half, which is generally more powerful than the other, but sometimes there is a better effect with respect to the first, but another entirely.

In his turn the player must plan what to do with the cards you have in hand. You may have enough movement points to reach the orcs, but do not have combat cards, so you must wait for the next turn to provoke and fight. Or you may have combat cards, but does not have enough movement. You may have points left over to heal influence in the village and recruit a unit of soldiers to assist him in combat. Each turn consists of solving a puzzle of, first, what the player wants to do and secondly, what the cards you have let him do. For this is not an impossible task, all cards can be used as “wildcards” can be used as if it were otherwise, but with very limited effectiveness.

To enhance the charts there are given that indicate how different colors of mana available, and on occasion we can keep those mana as crystals, so we’ll have available when needed.
Upon completion of a shift, steal cards until reaching our limit of hand and continue the next player.

Throughout the game we will be finding different enemies such as round tiles. Can be orcs, or the inhabitants of a tower of sorcerers, or defenders of a castle, and resolve our differences with them politically incorrect but very effective method of giving cakes. As a result of the fighting receive fame points, which we will level up and gain new skills, broaden our ability to recruit more units and also improve our armor and the maximum size of our hand of cards. The fighting also receive wounds in Mage Knight are useless letters take up space in our hand (we started limited to five cards in hand game). We can not rule them rather than using a full shift at rest, and can eliminate healing us from our deck in a village or in a monastery.

The combat system is fast and fairly implemented. The various special abilities from enemies give much variety to the battles. To not bore much I will summarize by saying that consists of several phases: the first ranged combat, which can wipe out your opponents before they reach us, a second in which they who attacked us they could block his attack or have any of the units that have recruited receive the blow and the last in which melee attack.

Another thing that can make our heroes during their adventures is to interact using letters of influence in the villages, castles and monasteries. We can heal or recruit units. Add that to take advantage of a castle will have to conquer first beating defenders. We may also get mana crystals crystal mines, heal in magical places in forests, enter dangerous caves full of monsters or attacking towers wizards to get spells go to our deck of cards. We can also loot and burn villages monasteries, which also receive benefits even lose reputation.

When a player ends his deck and start the turn with no cards to steal, it may herald the end of round. All players have one more turn and passed to a new round. If you were in a round of the day, one night starts now. All shuffle their decks and draw new cards that begin the first round of the new round, and so on until the end condition of the scenario being played is met. What is the difference between day and night rounds? Basically three: the cost of movement for the different types of land (not the same walk in the desert or forest day than at night), visibility (some tiles enemy only be seen from the adjacent space by day, at night you have to go and start a fight to see the contents thereof), availability of gold and black mana, one of them is available day and night is useless, and vice versa.

This is, broadly speaking, the game system Mage Knight: Board Game. The game offers different scenarios, each with different setups, durations and victory conditions. In the opening scene, for example, the goal is to find the capital of the Atlantean Empire. The game ends after finding it, during the same there can be no fighting between players, nor conquer the city. Other scenarios are to conquer cities, either alone or in teams, and there is also a cooperative scenario. I left many things in the pipeline to do a review too long. Discuss all elements of the game and talk about everything offered fully occupy twice the space of what has taken me this post, and my intention is simply to give an idea of what you can find in this great design great Vlaada Chvátil .

Term and recommending you to try this game if you have time. This is a gem, although its price can roll back to more than one, is amortized safe since it is one that catches table easily. As adventure game is magnificent, besides being a eurogame able to satisfy the most discerning fan.